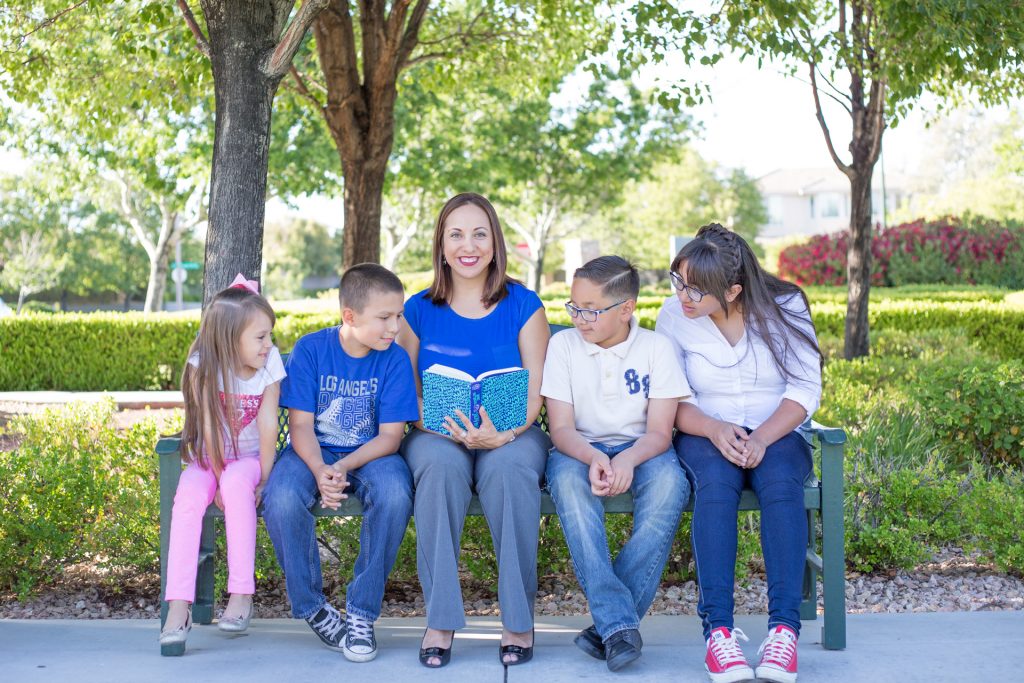 Felicia Ortiz, a longtime Las Vegas resident, and successful local businesswoman, has shown strong community leadership through her consistent involvement in non-profit organizations.  She is so passionate about giving back to her community that when presented the opportunity to fill a vacant seat on the State Board of Education, she applied without hesitation.  In February 2016, Felicia was appointed by Gov. Brian Sandoval to the State Board of Education as the District 3 Representative.

Felicia’s passion to help others is evidenced by her continuous dedication to advocacy and education. She is the former president of the Las Vegas ALPFA chapter, an organization that focuses on building Latino business leaders.  During her time as President, she focused on the local ALPFA student chapters by supporting their education endeavors. She organized and helped raise scholarship funds for students attending College of Southern Nevada and New Mexico Highlands University.  She is also a member of the Latino Network of Southern Nevada and the Latin Chamber of Commerce in Las Vegas, NV.  As a current Board member of the Create a Change Now organization, she helps promote nutrition education to underrepresented schools.  Additionally, she also volunteers with Habitat for Humanity and other community and non-profit organizations. She hopes to continue to be a role model and inspiration for the younger generation and help the Las Vegas community thrive by growing her business and giving back.

Felicia Ortiz was born in The Original Las Vegas!!  That is, Las Vegas, New Mexico, which was once the gambling hot spot for the likes of Billy the Kid and Doc Holliday. Today it is a quaint town of 15,000 and a popular location for Hollywood films. Felicia was raised in a ranching community north of Las Vegas called Rociada. She credits this community and the morals and values instilled in her by her parents as the foundation that has made her the tenacious person she has become. Her parents taught her the importance of education, work ethic, respect and helping others.

Felicia’s parents also taught her how to be an entrepreneur. Her father was an Electrical Contractor and her mother did bookkeeping and sold homemade goods to make money before going back to school to become a teacher.  As a college student/teacher her mother also taught her the importance of education. Felicia strived to do her best in high school because she knew her parents wouldn’t be able to afford all the costs associated with attending college. During her undergraduate and graduate education, she became involved in organizations such as the Future Business Leaders of America (FBLA) and MEChA. FBLA gave her a strong foundation in business and MEChA instilled a sense of pride in her Latino heritage and inspired her to cherish culture and traditions.

Felicia’s hard work and community involvement in high school were rewarded with a full-tuition scholarship to New Mexico Highlands University and other cash scholarships.  She graduated in 2001 with a Bachelors degree in Accounting. Shortly, thereafter, she moved to Las Vegas, NV to pursue her career.  She started in Accounting but ended up moving into Operations, Marketing, Finance and eventually Information Technology.  In 2004, she went back to school and completed her Masters in Business Administration at Keller Graduate School in 2006.

After spending 3 years working on the CityCenter project as the Deputy Director of Budget/Controls and a year consulting as a Solutions Architect, Felicia and her boss joined forces to start their own business.  She has since left the company to start her own business, PM Solutions Consulting, LLC which has quickly gained momentum within the management consulting industry and is now certified as a minority and women enterprise.  She will say that starting this company is one of her biggest accomplishments but “the best part is giving people jobs and having the means to give more back to my community.”

Felicia has been honored as the 2012 Distinguished Young Alumna from her alma mater, New Mexico Highlands University.  In that same year, she also was named 1 of 10 Hispanic Power Brokers in Las Vegas.

On weekends you can find Felicia relaxing with her beloved dog Milagro and her wonderful friends who have become her family.

Can Felicia Count On Your Support?

Together, I know that we can give every child in Nevada the opportunity to become successful adults and productive members of our community.